In a previous post last year we mentioned the main theme for the Dutch Pavilion at the 15th International Architecture Exhibition in Venice (until 27th November 2016), but we haven’t reviewed this space yet. Since the architecture Biennale closes this week, let’s have a look at it today. Commissioned by Het Nieuwe Instituut and curated by Malkit Shoshan, the space is entitled “Blue: Architecture of Peacekeeping Missions”. The pavilion is wrapped in a blue tent and infused in a blue light, symbolic colours hinting at the fact that some UN peacekeeping missions are located in the desert region of the Touareg, known as “blue men” because of their indigo clothing, and they are carried out by the UN Blue Helmets. UN military bases are usually conceived as self-sustaining islands characterised by extreme design: they are shut off from their surroundings by barbed wire and trenches; they integrate wells, power and waste treatment plants and hospitals, but do not contribute to improving the lives of the inhabitants of these regions. UN peacekeeping missions started in 1948 and the first period of the missions closed with the collapse of the Soviet Union. The second generation of missions started at the end of the Cold War and lasted until 9/11. This second phase registered a change in trends with peacekeepers moving from the borders of the cities and operating on a military, political, social and humanitarian level (think about the missions in Kosovo). The third phase goes from 9/11 to the “War on Terror” and mainly revolves around large militarized missions operating in inhabited areas. Shoshan proposes in the pavilion new solutions to make sure that the bases can be turned into proper spaces for the local communities and into catalysts for local developments. The architect suggests therefore to add a fourth “D” – standing for Design – to the UN “Guidelines for the Integrated Approach” that reunite Defense, Diplomacy, and Development. Shoshan introduces in the pavilion a four-step process to integrate the UN bases into the local society: the program starts with the “Exchange” phase (first interaction with the community at the beginning of a mission), continues with the “Interface” (second period after the base is constructed offering the civilian population medical treatment and access to water food and electricity) and the “Shared Space” (the peacekeepers and the local community deliver projects together, in a secure environment) and culminates in the “Post-Mission” phase (the state of the city once the mission is gone and the structures are maintained by the local population). The pavilion features models of this four-step process; examples of African nomadic architectures juxtaposed to the military-type tents adopted by explorers and missionaries in the 19th century; a reconstruction of a playground by Dutch Aldo van Eyck, who travelled to Africa and was fascinated by Mali, a place that prompted him to write architectural poems, and a case study of Camp Castor in Gao, occupying a third of the size of the city and placed in a central area for the future growth of the city. In a previous post about the announcement of the theme for this pavilion we noted how Mali and peacekeeping missions may not have anything to do with fashion, but there is a solitary high heeled shoe on display inside the pavilion, linked with a story of a woman as recounted by journalist Peter Chilson. In May 2012 Chilson was in Bandiagara, Mali, shortly after the National Movement for the Liberation of Azawad (MNLA) – an organization fighting to make northern Mali (an area known as Azawad) an independent homeland for the Tuareg people – had taken control of the region and were initially backed by the Islamist group Ansar Dine. At the time, smaller Islamist groups began imposing strict Sharia law and Chilson witnessed many people burning objects they owned (books, DVDs, CDs, photographs…) that may have got them in trouble with Islamist policemen.

One woman in a traditional African dress and a headscarf ran out of a villa that housed the aid office with a shopping bag containing a few pairs of high heeled shoes, and threw the bag in the fire. In the pavilion, the solitary high heeled shoe should not be interpreted from a literal fashion perspective, but in a metaphorical way as a symbol of desire, freedom, and a glimpse of normality and vanity in a place of conflict. LINK to the original review page 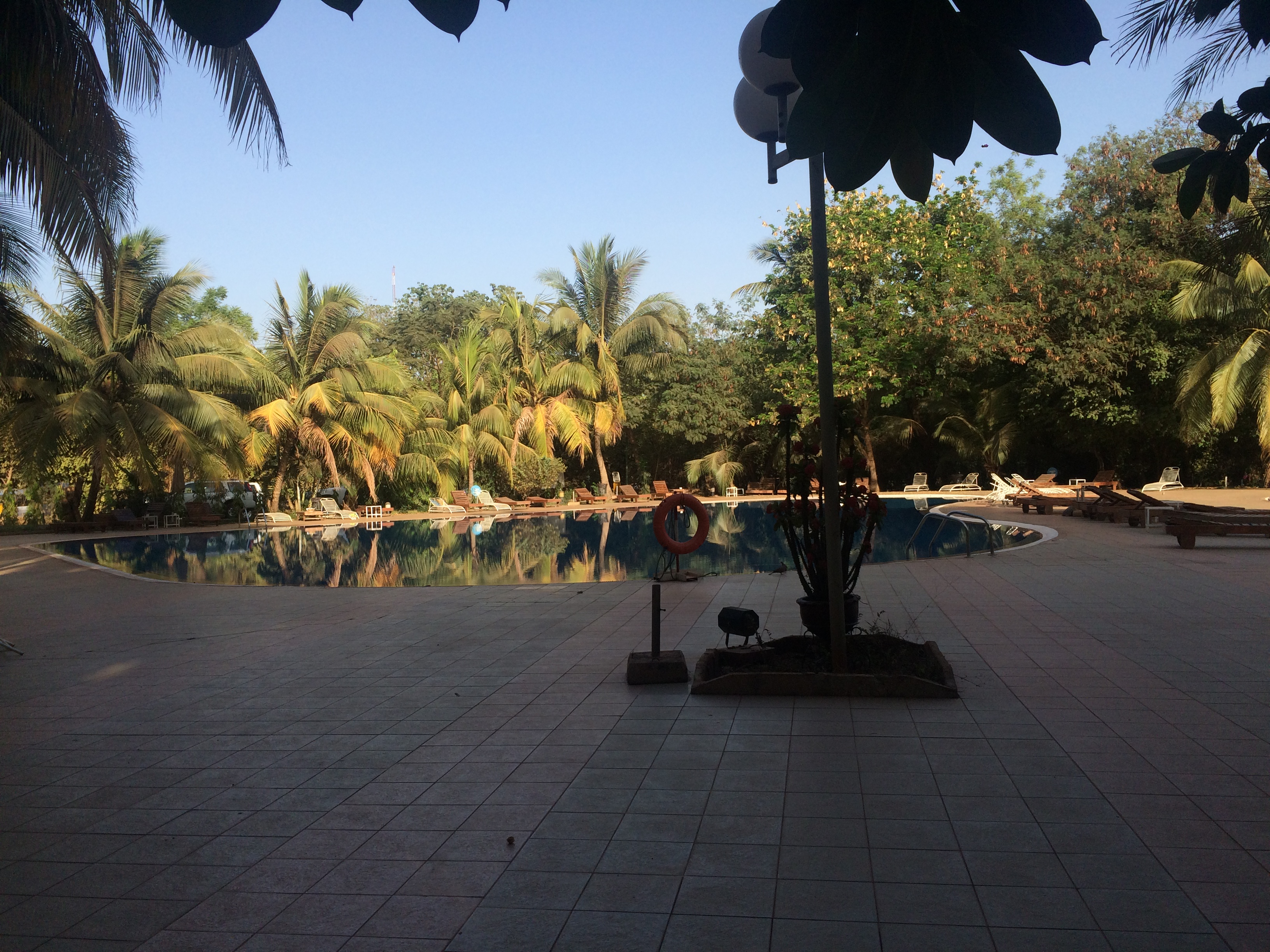 “Architecture of Peace” at Harvard GSD