FAST was invited to develop and produce a breakout session for the 2017 Future Force Conference in The Hague.

The breakout session is part of our long term research, advocacy and design project ‘Design for Legacy.’ It aims at introducing architecture and urban design thinking into the planning processes of UN Peace Operations. 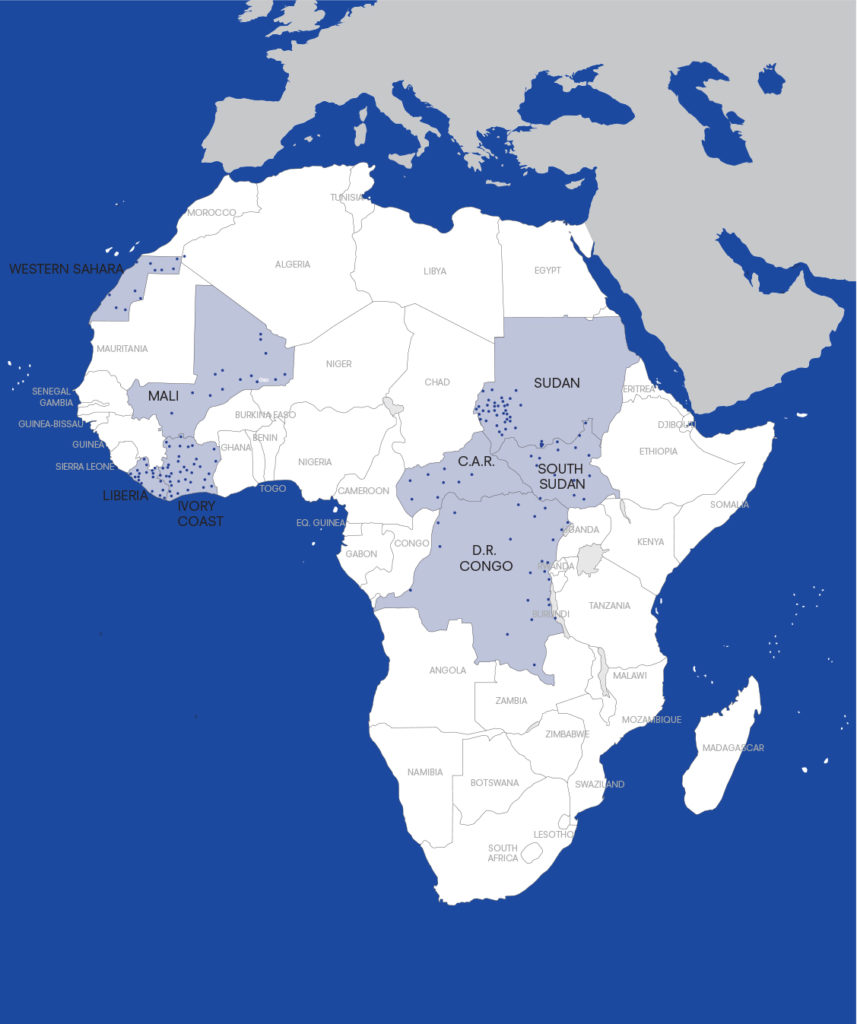 Cities with UN Peace Operations base in Africa. Map by Malkit Shoshan, FAST

The development of a peacekeeping base in the area in which a stabilisation mission is conducted could provide more than ‘just’ protection and seclusion to the forces and means stationed at the base. Why not use that same base as a part of the overall solution by building relationships and confidence with the local population, and even as a means to create some of the effects the mission seeks to achieve? Can we re-think the relationship between the base and the city? What if that same base could also strengthen crucial functions such as education, employment and innovation – during the period of the mission and possibly beyond?

The session aims to turn the spotlight on contemporary peacekeeping missions as urban phenomena. As peacekeeping operations unfold at a large scale in hundreds of cities around the world, their bases become long-term features within their urban fabric. On the intersection between the base and the city, it is pertinent to rethink the role of the future base in processes of peace-making, peace-keeping and peace-building. This is especially relevant as current missions are mostly located in conflict areas, inside often fragile and resource-scarce urban areas.

The base can become an intrinsic component of the city if we re-think its relationship with its urban environment. Can an inclusive design approach play a role in the empowerment of the local community through engagement processes? Can the base strengthen crucial civic functions such as water and food supply, education and health, employment, and innovation? If the legacy of the base is taken into account in advance, the exchange of resources and capacity building can start early in the mission. This approach will leave behind, after the mission ends, a stronger city and more resilient community.

In this breakout session, cross-disciplinary ideas on how to design bases for multiple goals are shared and discussed. Partners in the Defense and Malkit Shoshan’s Design for Legacy initiative will share projects and long-term research that show possibilities to create bases that not only have defense value, but also added societal value for the local population during the mission and afterward.

The breakout session was curated by Malkit Shoshan and supported by Het Nieuwe Instituut.

The participants in the session included:

Link to the Future Force Conference Website
Pages of the report:

Read the full reports on the Future Force website