On May 26, General Tom Middendorp, Chief of Defence, will open the exhibition BLUE: Architecture of UN Peacekeeping Missions in the Dutch Pavilion. Architect Malkit Shoshan has been invited by Het Nieuwe Instituut (architecture, design, digital culture) to curate the Dutch contribution to the fifteenth edition of the Venice Architecture Biennale. BLUE explores the architecture of the peacekeeping base as a component of the United Nations missions.

The exhibition in the Dutch Pavilion turns the spotlight on contemporary UN peacekeeping missions as an urban phenomenon and takes the Dutch UN peacekeeping base Camp Castor in Gao, Mali, as a case study. Camp Castor is located in the Sub Saharan region of the Sahel, where the encounter between the “blue people” (the Tuareg) and the “blue helmets” (the UN), the desert and the Dutch approach, the nomads and settlement spark the appearance of new spatial forms

The legacy of UN peacekeeping missions
Nowadays UN peacekeeping operations are taking place at a large scale in hundreds of cities around the world that are struck by militarized conflicts, long period of drought and famine. The UN’s bases are planned as self-sufficient islands, closed off from their direct surroundings. The urgent need to invent new spatial solutions that will also have long-term significance for local communities is an important motivation of Malkit Shoshan’s research.

Malkit Shoshan focuses on the specific ways the Netherlands contributes to the UN peacekeeping missions. The UN speaks of an integrated approach, fusing Defense, Diplomacy and Development. Shoshan proposes adding a fourth D for Design. She aims to consider the UN base not as an insular fort but as a catalyst for local development.

BLUE
BLUE presents a series of new stories and proposals about architecture in conflict areas. The stories have emerged from conversations with military engineers and architects, anthropologists and economists, activists, policy-makers and local populations. The color blue is used as a metaphor for the encounter between the “blue men” and the “blue helmets.” This metaphor has also guided designer Irma Boom who, together with Malkit Shoshan, has developed the exhibition’s design.

Contributors to the BLUE exhibition:
Moussa Ag Assarid, Tuareg politician and writer, Joel van der Beek, board member of Economists for Peace and Security, Travis Bunt, former officer in the US Navy’s Civil Engineer Corps, Peter Chilson, writer and journalist (Chilson covered in 2012 the war in Mali for the Foreign Policy-Pulitzer Center Borderlands project), Foundation Dogon Education, realizes schools and other provisions in the villages situated on the plateau of Bandiagara (it was founded by Joop van Sticht and his wife Gonny in 1997), Dr. Erella Grassiani, anthropologist and a Post-doc researcher at the Faculty of Social and Behavioral Sciences in the University of Amsterdam, Arnon Grunberg, writer of novels, essays, and columns (Grunberg is the author of Among Soldiers, a series of stories on the Dutch Mission in Afghanistan), Marcel Rot, engineer at the Royal Netherlands Army for the Dutch Ministry of Defence, Debra Solomon, designer and artist (Solomon researches food and food culture), Malkit Shoshan, the founder of the architecture think-tank FAST (her work deals with the relations between architecture, politics and human rights), Jonas Staal, visual artist whose work deals with the relation between art, democracy and propaganda and founder of the artistic and political organization New World Summit, Jurriaan Van Stigt, co-founder of LEVS architecten and chairman of the Foundation Dogon Education, David Turnbull, designer, writer and professor from the Cooper Union, Marion de Vos, freelance writer and poet, as well as an Honorary Diplomatic Member of the Holland Dames (De Vos lived in Bamako for several years in the early 1990s), Rob de Vos, Dutch diplomat who set up the first Dutch Embassy in Mali (durrently he is the Consul General of the Netherlands in New York).

BLUE has been made possible by: the Dutch Ministry of Education, Culture and Science and the Netherlands Embassy in Rome. 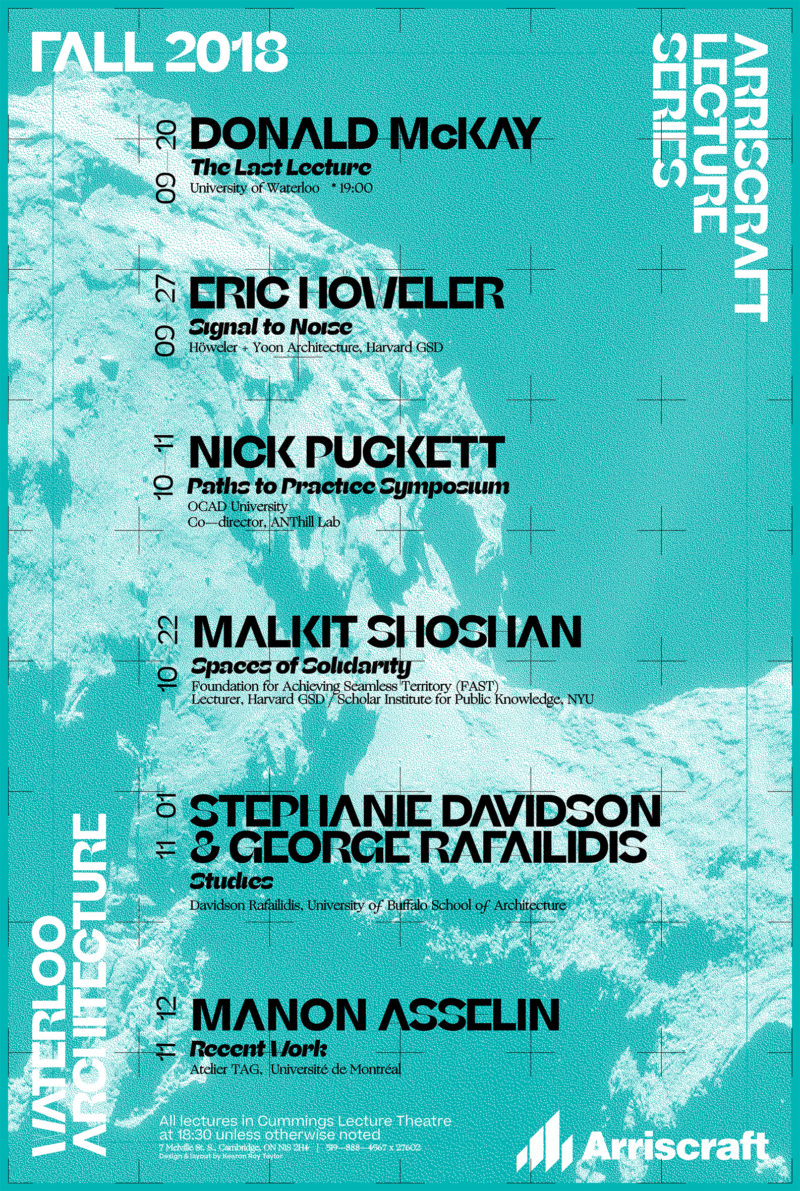 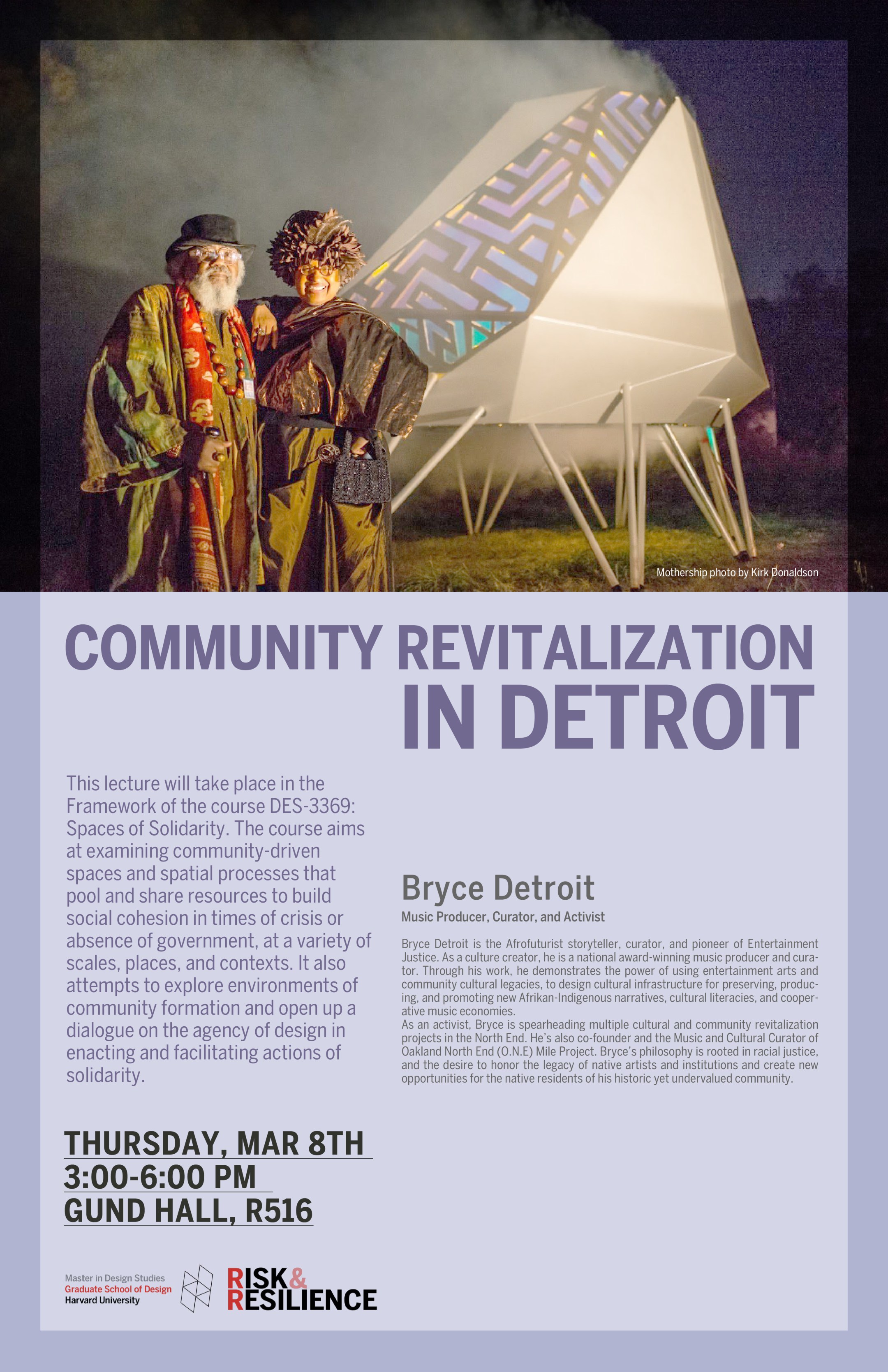 Bryce Detroit Lecture ‘Community Revitalization in Detroit’ at ‘Spaces of Solidarity’ on Mar 8, 2018 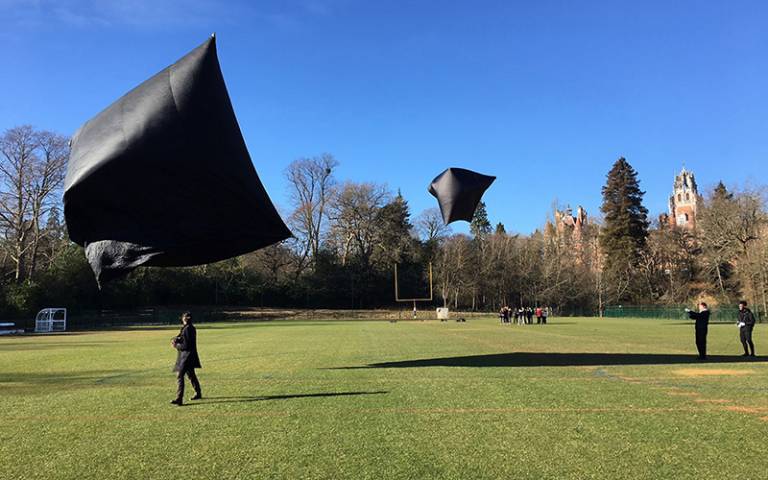