Migration for my family and me is a state of life. We migrate. We have always lived in different places at once. We struggle with the notion of belonging. I was born to immigrant parents in Israel, and my identity is a complex “collection of identities…an assembly…” as Rutgers Profesor Jasbir Puar puts it. I am a mother of two kids, both born in Amsterdam, and a resident of Brooklyn, New York. Our household is trilingual, but our words are often braided into mixed sentences of English-Hebrew-Dutch. The order changes according to the speaker and the mood. The prevailing state of my identity is one of non-belonging. Aphorisms and tropes such as “we the people”, “my land”, “my nation” seem to always pass me by. I lack the sense of national identity.

Due to the pandemic, our family’s movements have been limited primarily to our Brooklyn home in the last year. Our house has a small backyard that I now know intimately. I share it daily with an extended family of squirrels, orange cardinals, bumblebees, and many plants, which, with each passing day, I’ve gradually learnt to recognise and better understand. In my quest to know more about the plants, I recently downloaded an app on my smartphone. The app responds to each query by first proposing the scientific name of a scanned plant. After this, it sorts the plant based on three categories: “invasive”, “decorative”, or “edible”, and lists additional information. Most of the invasive species in our garden are surprisingly local. The edible ones consist mostly of what I have planted, except for the green beans and berries—which either were left by previous occupants, or perhaps brought into the garden by squirrels moving seeds around the block.

My knowledge of the soil is limited, but nowadays, I am longing for this type of earthly contact. I feel myself on the lookout for a different kind of knowledge and wisdom. One that is not satiated by academic discourse or scientific definitions. I am craving knowledge of the world through bodily experience.

My initial instinct for planting was motivated by the desire to experiment with self-sufficiency during the pandemic. I wanted to cut our household from external dependency and extractive supply chains. Working in the garden with my two boys, in symbiosis with the insects, the worms, the birds and the squirrels, something much more beautiful and powerful than we could ever have imagined began to expose itself. The magical temporality of life in our Brooklyn backyard has emphasised to my family and me the extraordinary strength, reciprocity and vulnerable dependency between species. It also has made us, at last, feel like we are part of this place, like we belong.

Feeling situated is a new experience for us. With all this life blossoming around, I feel more connected to these moments and space than I ever felt to a nation or country.

In the past months, while working in the garden, I have had ongoing conversations with Amir Qudaih, a farmer in Gaza, Palestine. Our conversations shifted from discussing borders and violence to exchanging information about our families and favourite recipes. From the quarantine in Brooklyn, we discussed, via Zoom, his life in Gaza. His family has cultivated the land along Gaza’s southern borders for centuries, long before Israel’s establishment.

Today, his farm is situated next to one of the most militarized borders of the country. Since Ariel Sharon’s withdrawal of about 9,000 Israeli citizens from Gaza in 2005, and the Hamas government’s rise, the Gaza Strip has remained under hermetic siege. Once a symbol of the hopes of Palestinian self-rule, its airport has been bombarded into rubble. Access to the shoreline and the Mediterranean Sea is restricted and highly surveilled by Israeli warships and drones. Each protest along the border is met by disproportionate use of military force. The informal tunnels that clandestinely connect Gaza to parts of Israel have been countered by the construction of an unprecedented underground border wall that, when complete, will run the 40km span of the Israel border to the Gaza Strip. A landscape of control that includes a network of walls, checkpoints, towers, drones and surveillance ships wraps around the Gaza Strip. 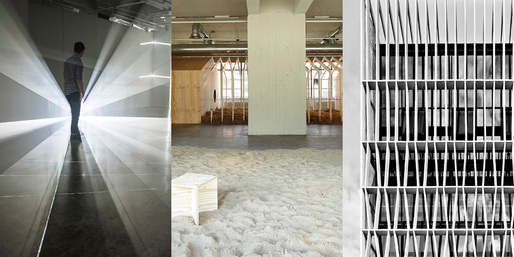 A presentation at the GSD, Harvard ‘Architecture and Conflict: Pre-cycling the compound’ by Malkit Shoshan 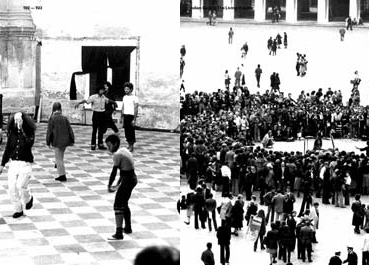 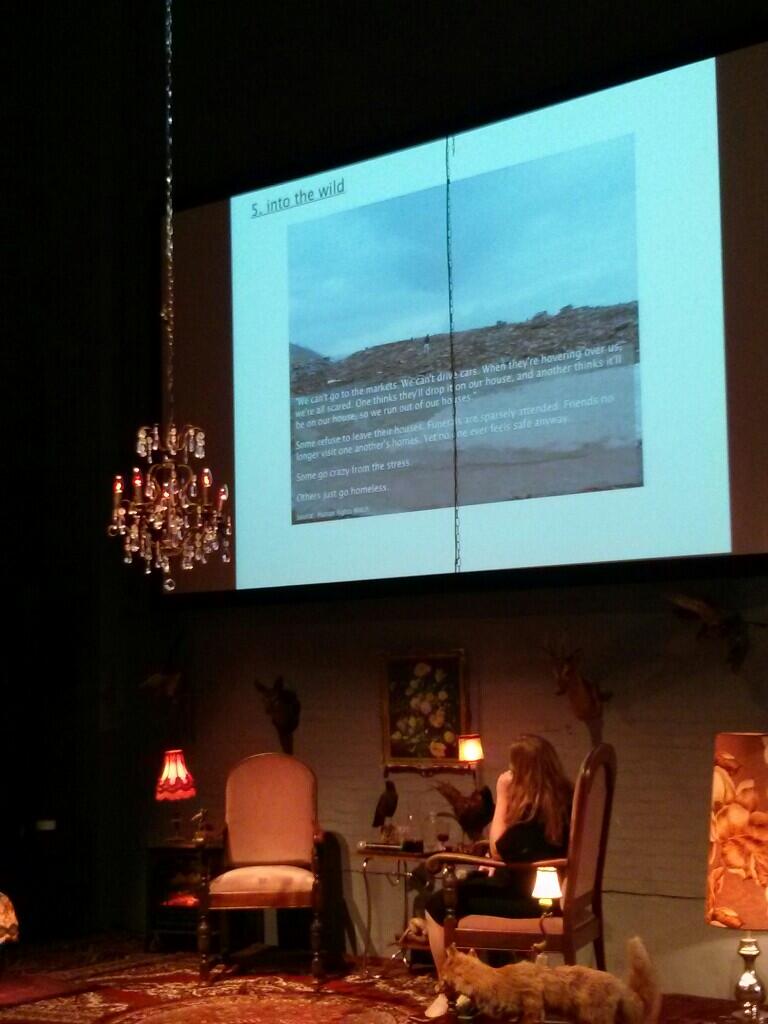 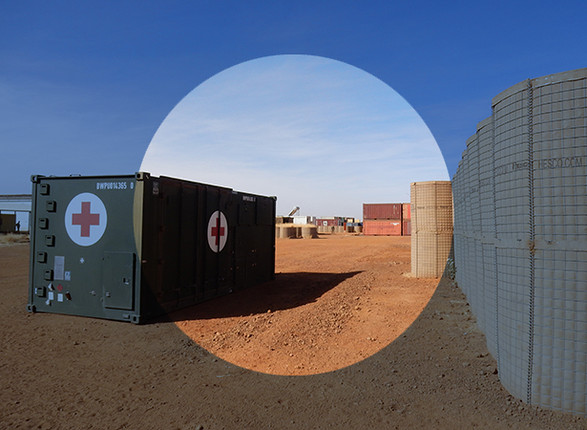 Opening of ‘BLUE: Architecture of UN Peacekeeping Missions’ in the Dutch Pavilion.