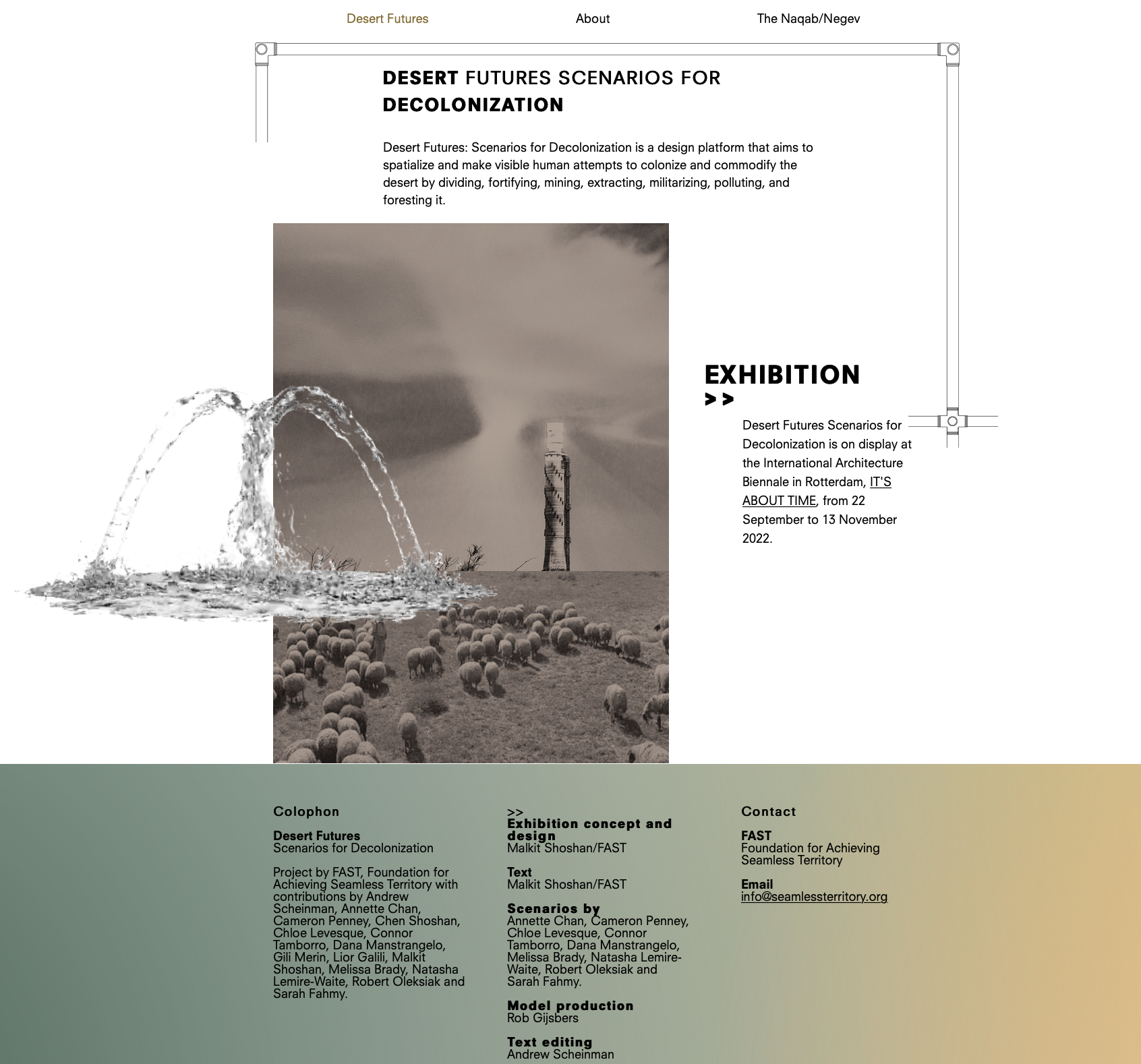 Desert Futures: Scenarios for Decolonization is a research project by the Foundation for Achieving Seamless Territory. It started in 2006 during our field research in the Negev/Naqab and the series of interviews we conducted with the support of Adalah. It is also part of teaching studios at the Carlton School of Architecture (2020), and Harvard Graduate School of Design (2022).

Desert Futures: Scenarios for Decolonization aims to spatialize and make visible the tensions between political systems and natural ecologies in desert environments, as well as human attempts to colonize and commodify the desert by dividing, fortifying, mining, extracting, militarizing, polluting, and foresting it. The project launches with an installation about the Naqab/Negev, Israel, presenting a materialistic historiography of a series of selected sites, detailing their rapid colonization, and offering strategies for their regenerative cohabitation through interwoven stories. Desert Futures also marks the inauguration of the Desert Agency, a multi- and cross-disciplinary think tank, co-developed with experts, institutions, and direct stakeholders, that researches and advocates for alternative imaginaries for desert regions, foregrounding values of social and environmental justice. The Naqab/Negev is our first research area.

After the establishment of Israel in 1948, the Naqab/Negev, which covers about 60 percent of the country’s territory, became a space of national fixation—a space of experimentation, where Jewish national resurrection and modernity converged. Following calls in the early 1950s to “make the desert bloom” (a metaphor for the establishment of Israel), scientists, military and political leaders, artists, and architects traveled south to the desert to experiment with its settlement and domestication—conquering, controlling, and transitioning its ecology to make it simultaneously more green and fertile, more industrialized, mined, and settled, and less Arab. Colonizing the desert was a prominent goal of the Zionist mission. First exploring the course set by this history, the Desert Agency will engage various experts and stakeholders to propose methods for the restoration of the desert and of the complex ecologies, including both human and nonhuman lives, it can support and sustain.

The World Atlas for Desertification predicts that by 2050, 90 percent of Earth’s land will be degraded due to human actions, rendering many more places across the world uninhabitable and expanding the precarity of desert life. Desertification processes exacerbate water scarcity, rising temperatures, and mass migration. To adapt, current systems of governance must steer away from policies of isolation and violence. In this time of crisis, past, present, and future actions converge. Our project aims to empower the public imagination to reevaluate desert futures. It is only by understanding how processes of colonization contributed to the destruction of life that we can begin restoring our relationship with the soil, with each other, and with the planet. 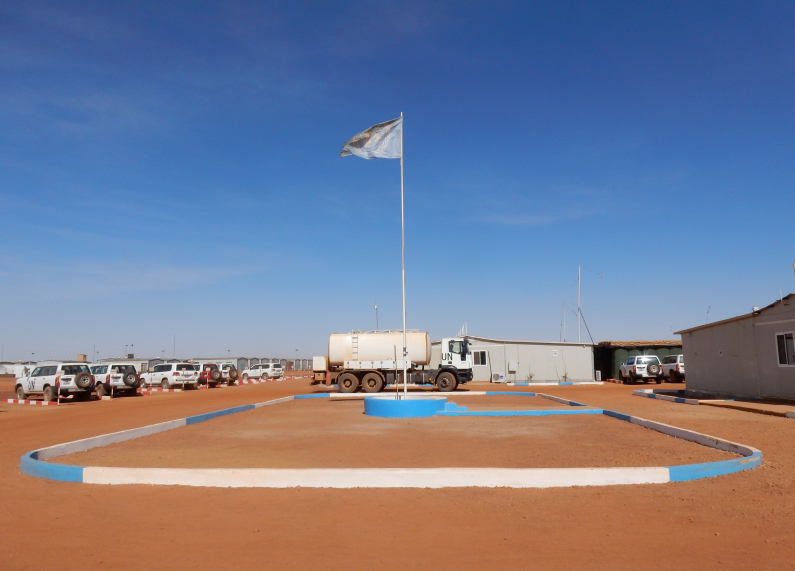 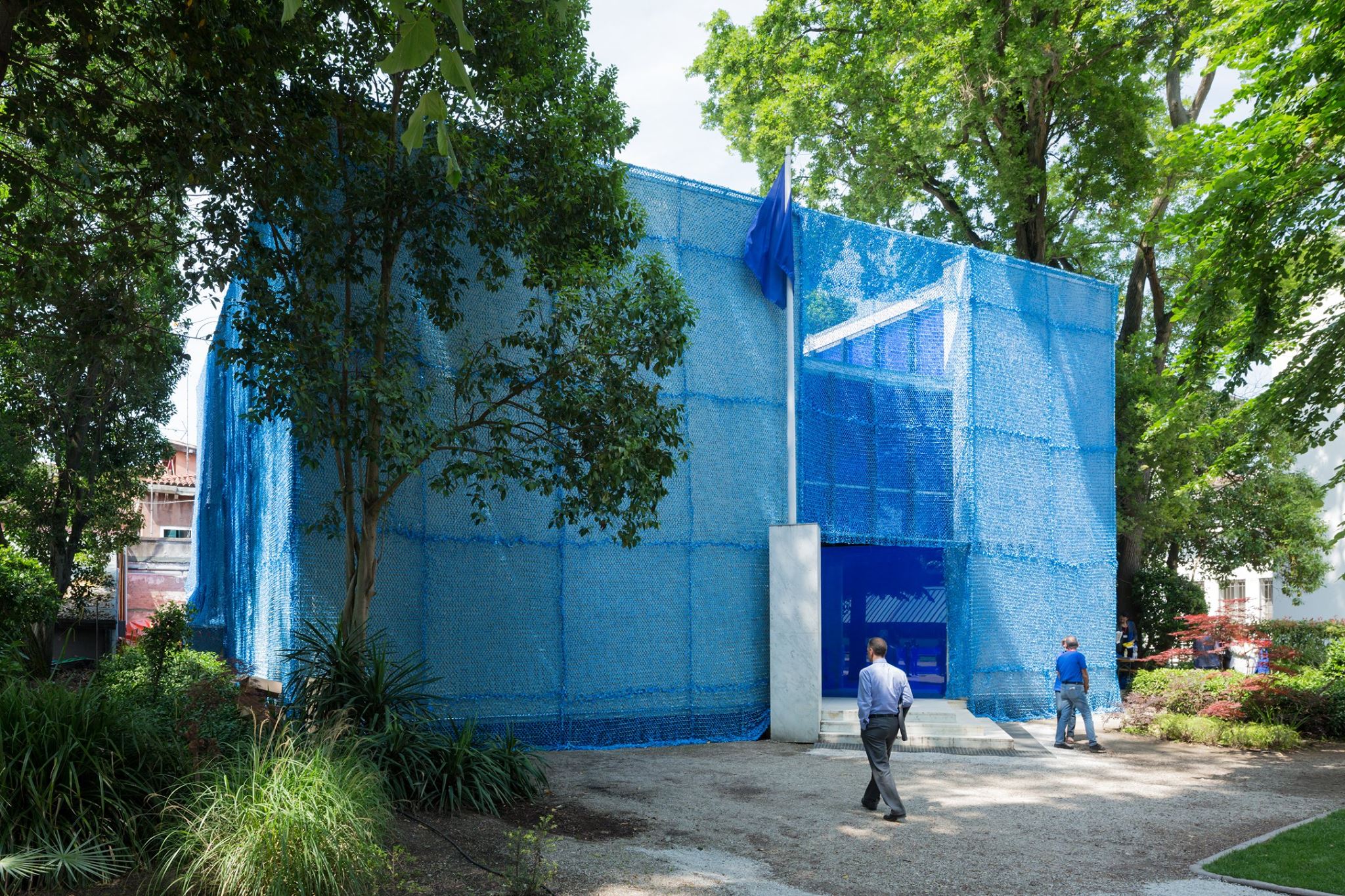 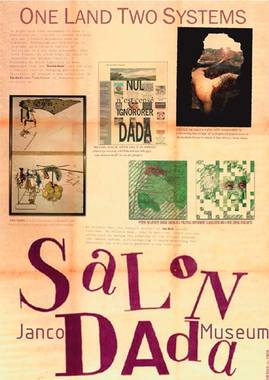 Too many good intentions a review on Archined 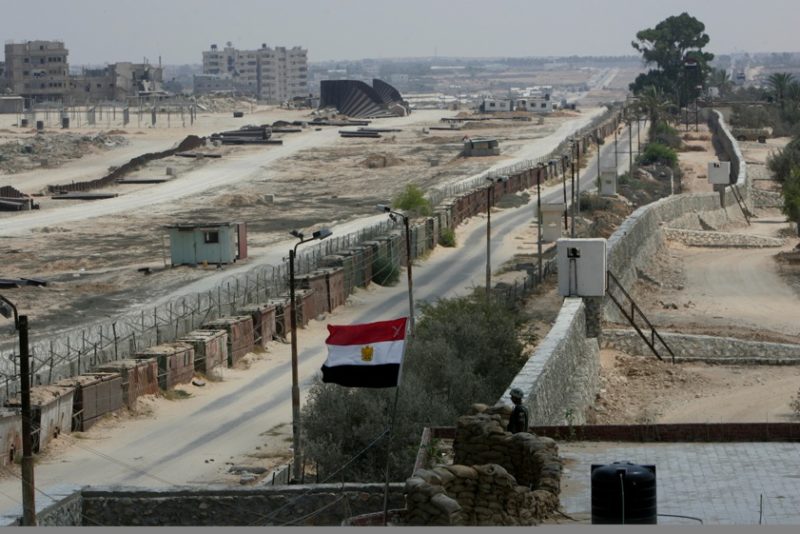 Border Ecologies. The case of Gaza on Yale Paprika