The cleansing of the Negev, in the south of Israel, started around 1948 and still going on. These testimonies describe the destruction and displacement of the communities of Atir and Um El Hiran

As if living beside desert highways in makeshift homes with no facilities was not enough, Palestinian Bedouin villagers in Um al-Hiran and Atir now face their second, unwanted, exodus in 50 years.

Drive along the desert highways around Beer el-Sabe (Beer Sheva) in the south of Israel, and it does not take long to notice clusters of makeshift houses set in from the side of the road. These Bedouin villages are ‘unrecognised’ by the state of Israel and consequently have no official status. They are absent from state planning and government maps and receive little or no basic public services such as electricity, water, telephone lines, educational or health facilities. In total, about 40 unrecognised villages exist in the Naqab (Negev) desert.

The twin unrecognised villages of Um al-Hiran and Atir, situated about 30km from the city of Beer el-Sabe, are prime examples. Surrounded by an expanse of the Naqab desert, and constructed largely out of corrugated iron and breeze-blocks, these Bedouin villages seem the world away from the nearby Jewish towns of Omer and Nevatim. There, the residents enjoy first-class suburban living conditions, in homes boasting generous, well-watered gardens. The living conditions in unrecognised villages like Um al-Hiran and Atir resemble those of Third-World shanty towns.

A project by Alwine van Heemstra in collaboration with FAST and Adalah.

MAP: Strategy of destruction in the south of Israel

1. On the way to the village with the Shiek 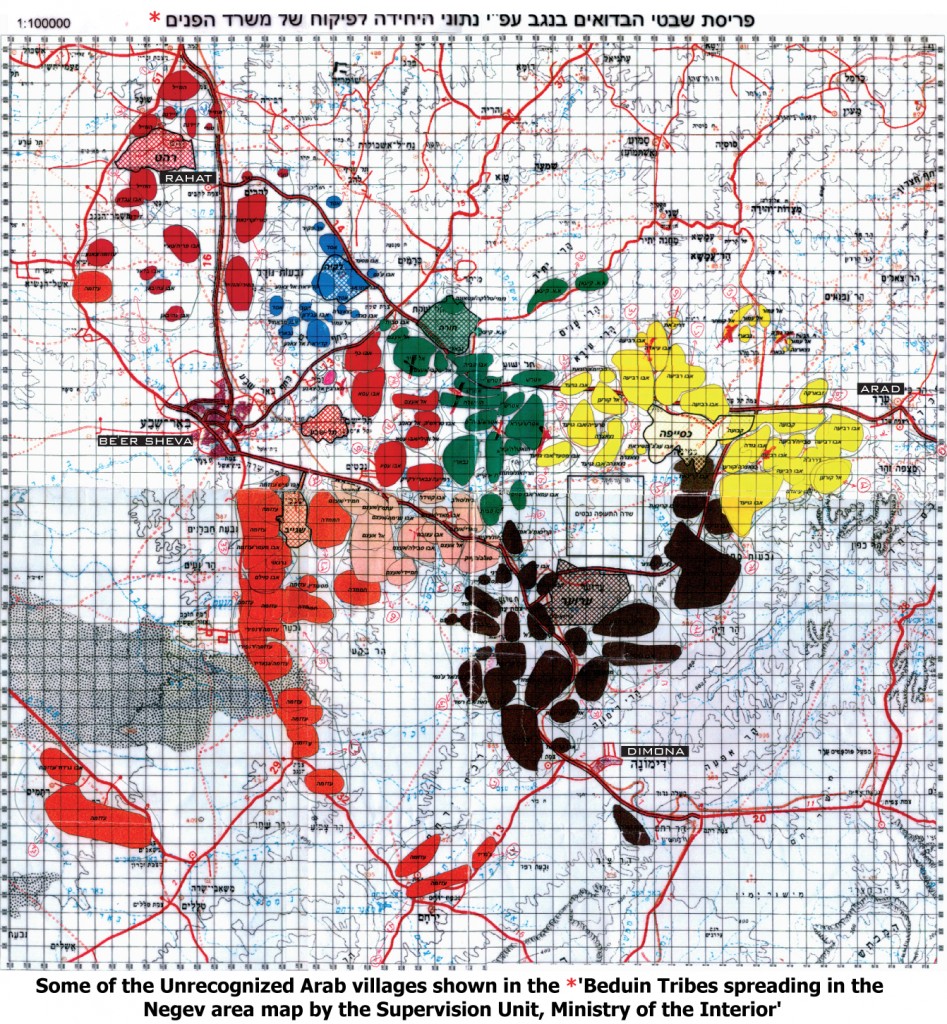 Additional material on the displacement of Atir and Um el-Hiran can be found in One Land Two Systems magazine pages 39-45.

The destruction of Tawil Abu Jarwal

Two Bedouin villages in the Negev, the semi-desert in the south of Israel. A short essay on Atir en Um el-Hiran by Alwine van Heemstra